A Vietnamese female scientist will be honored at an event dedicated to women scientists organized by UNESCO in the middle of this month in France.

Phuong will be honored for her project on the development of fucoidan-based polymeric micelles for cancer treatment and diagnosis.

The work has been highly appreciated for its modernity and focus on cancer therapy products which have high effects and limited side effects.

“Several famous universities in the world have also made research on this kind of treatment and Phuong’s work, centered specifically on treatment for Vietnamese people, is highly evaluated,” he added.

Together with Phuong, 14 other female scientists from around the world will be honored at a ceremony scheduled to be held on March 18 at Sorbonne University in Paris. 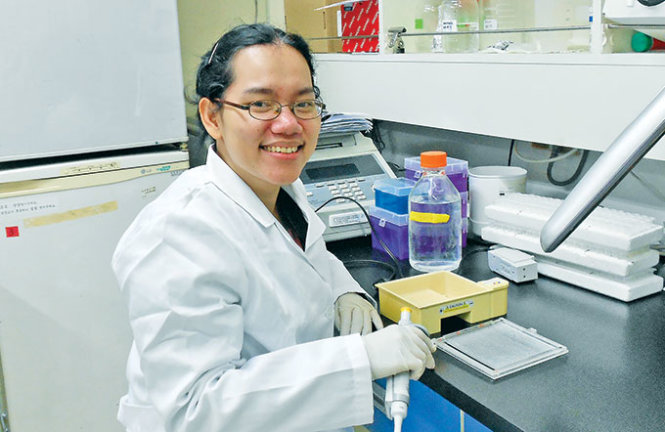 International Rising Talents are chosen from countries in each world region, including Africa and the Arab States, Asia-Pacific, Europe, Latin America, and North America.

The award was established last year and is dedicated to both honoring distinguished women scientists and supporting promising young women researchers throughout their careers.

It has been granted annually to 15 promising young women scientists, doctorates or post-doctorates.

In 1998, the L’Oréal Foundation and UNESCO joined forces to create the For Women in Science partnership, which supports female researchers all over the world.

Besides International Rising Talents Grants, the L’Oreal-UNESCO for Women in Science program also features the L’Oréal-UNESCO for Women in Science Awards, presented every year to five women, one from each world region (Africa and the Arab States, Asia-Pacific, Europe, Latin America, and North America) in recognition of their scientific accomplishments.

Each scientist has had a unique career path combining exceptional talent, a deep commitment to her profession and remarkable courage in a field still largely dominated by men.

3-year PhD position in Organic Chemistry and Nanobiointeractions at the Department of Biotechnology, University of Verona